This approach is the brute force one; the player interacts with an object in-game such as a newspaper lying on the floor or a computer screen, and the game shows the interactive content full-screen.

This is the approach used in Estranged: Act I, mostly for technical reasons, since the readable texts were built with HTML. This is my least favourite approach because it removes the player from the world, however from my experience is still the most widely used approach in AAA titles.

This approach is akin to the real world; the player walks up to a document or screen in the world, and is able to read and interact with it using the first person camera and controls.

One of the biggest problems with this approach is legibility, with that feature being heavily dependent on:

All of the above things affect legibility, which in the wild is a real problem. The following example screenshot was taken under the following (typical) conditions: 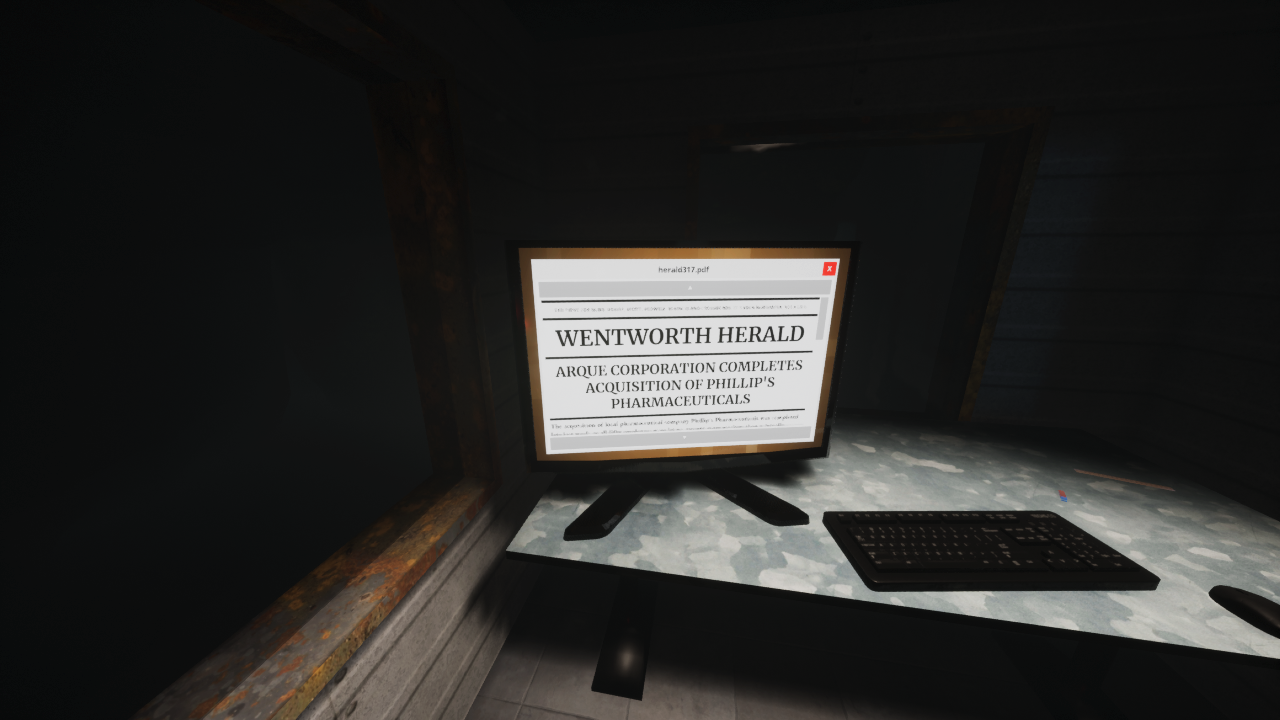 This is a real problem for devices with a small screen and GPU that requires the use of upscaling (because of performance constraints).

This approach is less akin to the real world, since the game takes control of the player camera to move it into an optimal viewing position. This allows the field of view, the camera position and other rendering features to be controlled, whilst still providing the content in the game world.

I will try the above approach in newer projects, because I believe it is a good split between pulling the player out of the game, and keeping the content legible at lower resolutions and screen sizes.

Getting this technique right is a learning process, but all of the above methods can yield a good result; like most things in game design it's a decision for the type and scope of the game.

From the recent AAA games I've played, the vast majority have preferred the Full-Screen Take Over approach, I suspect because it's much easier to scale across development teams, easier to QA, supports localisation in a predictable way and can be integrated into a journal system in the game menu.

There are a few exceptions to this though, such as Red Dead Redemption 2 (2018), and Tell Me Why (2020) which both use the Cut-Scene Camera approach (however are both third person games).