Fake review sites are websites which look like real news sites at a glance, however on closer inspection include copied and pasted content from other websites. This is especially hard to tell when the website uses a foreign language, such as Persian or Russian. 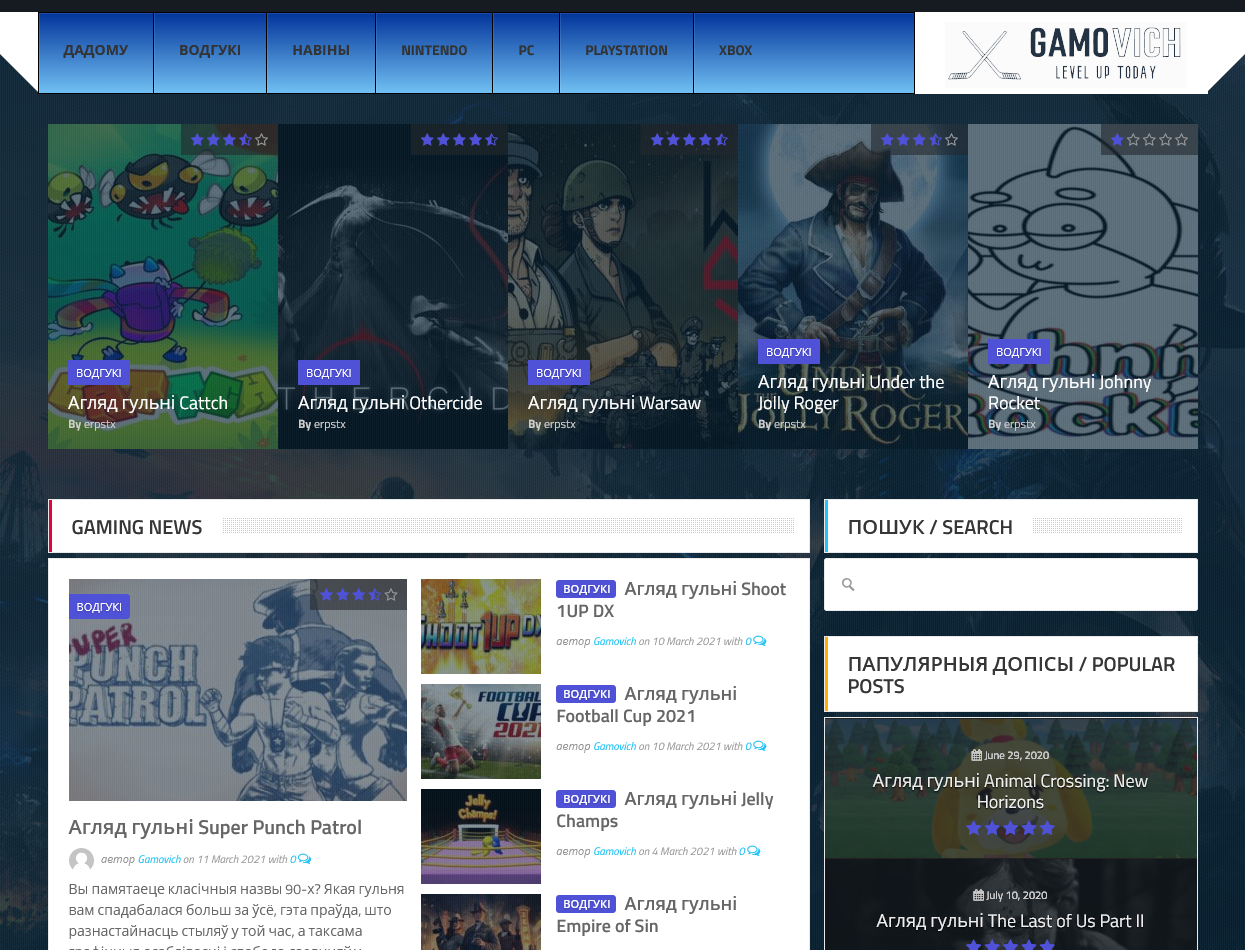 If you're not expecting these they're harder to spot, because the content looks real. However, there are few tell-tale signs the site is not a real review site: 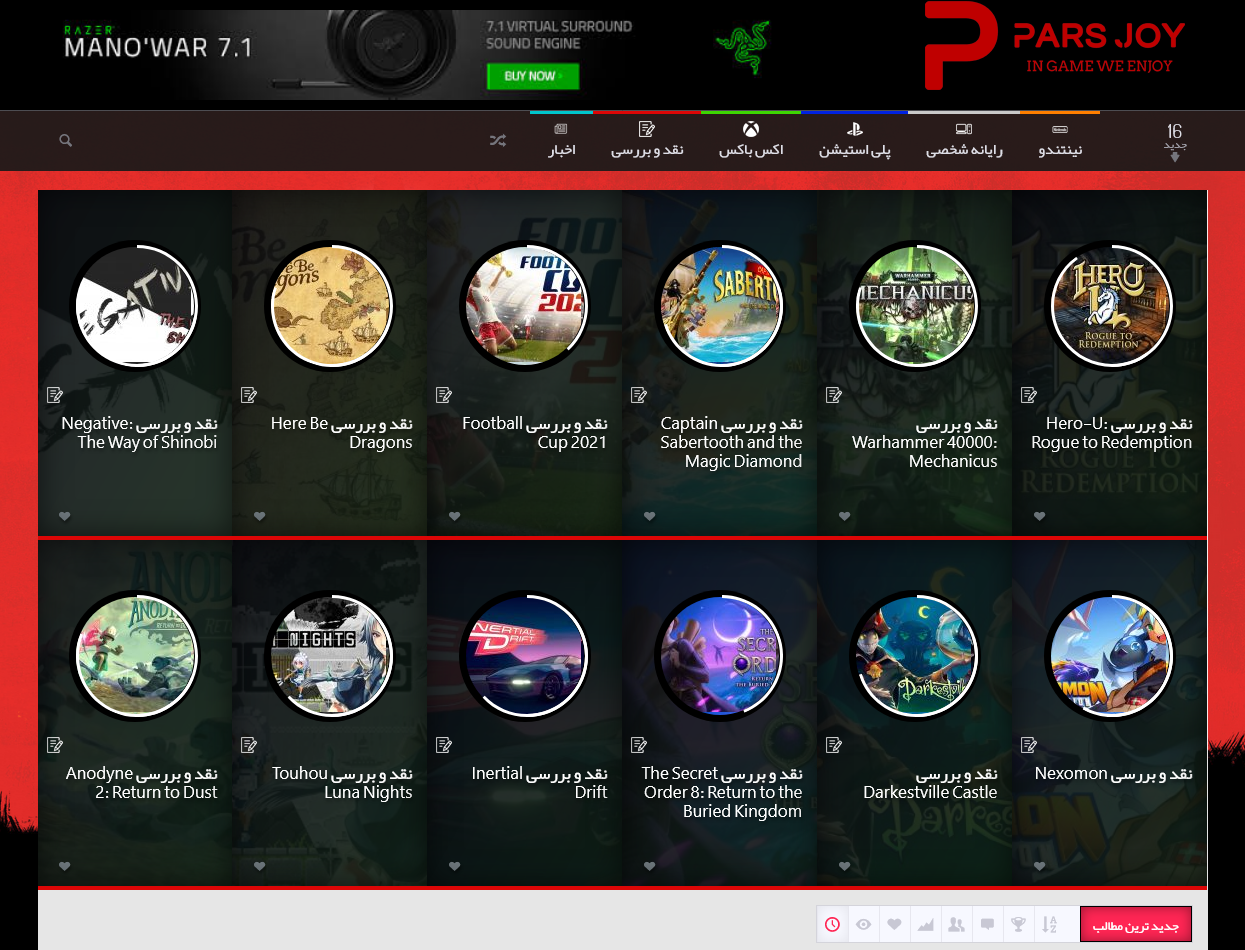 Another fake review site in the Persian language

I received a few of these requests from the below domain names, always via email, all fake sites:

At the time of writing, if you look up the domains on who.is, you'll see that: 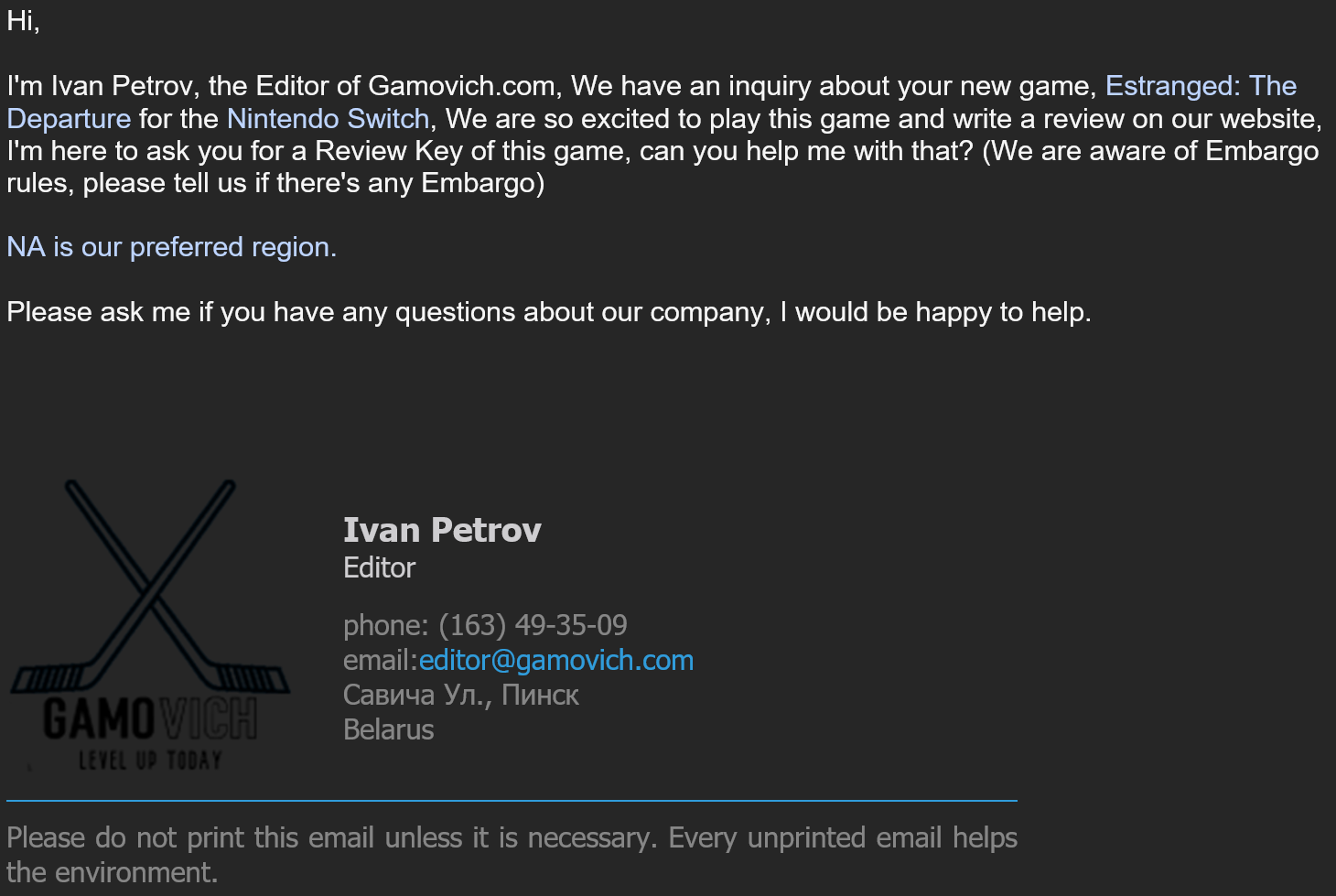 I contacted the abuse departments for CloudFlare and Rackspace with the domains I received fake key requests from, though got no response.

Scammers will register an email address which looks visually identical to an official email address. For an extreme example, compare

That's because it uses the Cyrillic version of е, instead of the Latin version of e (which are visually identical in most fonts).

To identify this scam, always copy the email address you receive the key request from, and verify it's the same email address listed on the YouTube channel/Twitch profile using CTRL + F.