There are one or more users impersonating me on Discord and other platforms in order to scam people.

Here are some simple tips to help identify scammers:

I also posted similar messages to the Estranged: The Departure Steam Community, Estranged Discord and Twitter.

Here's a message from Liam Jones, a character from the Estranged series trying to explain what's going on:

Here's a seemingly popular Steam Support phishing attack, used to trick Steam users into contacting my imposter via Discord (I have seen two of these with the same fake support ID HT-53YD-XVQ4-7JMP): 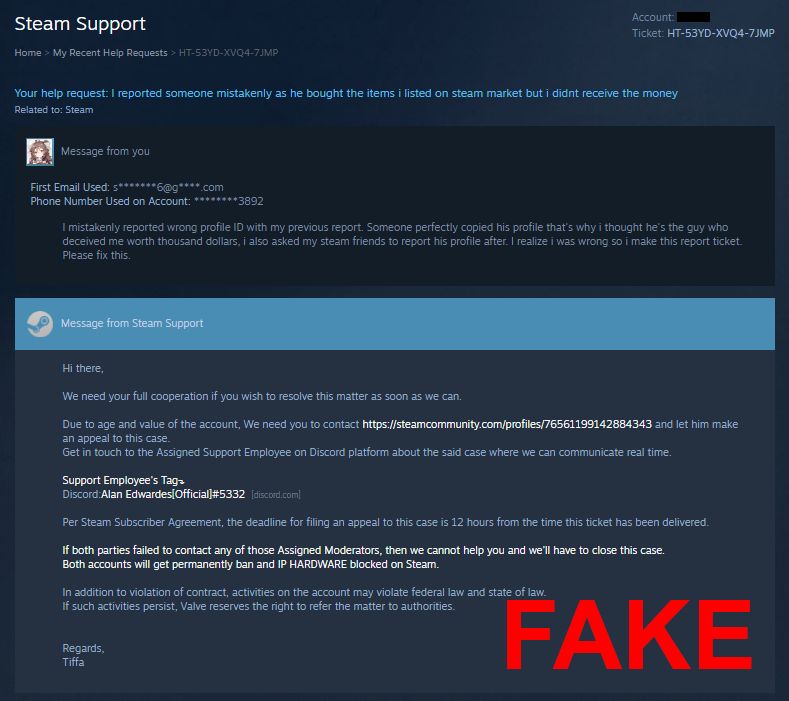 This is an interesting one, a "certificate" of authenticity, signed by Gabe Newell and myself, certifying the scammer's Discord profile to speak on behalf of Valve:

This is a scam Discord profile Alan Edwardes[Official]#2689, trying to make it look as if I am associated with Valve/Steam: 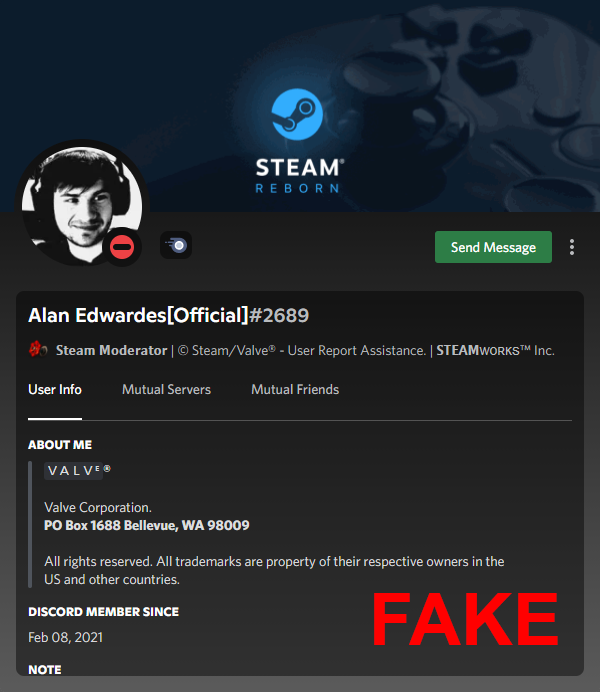 And another, Alan Edwardes[Official]#5332, with a bit less effort put in: 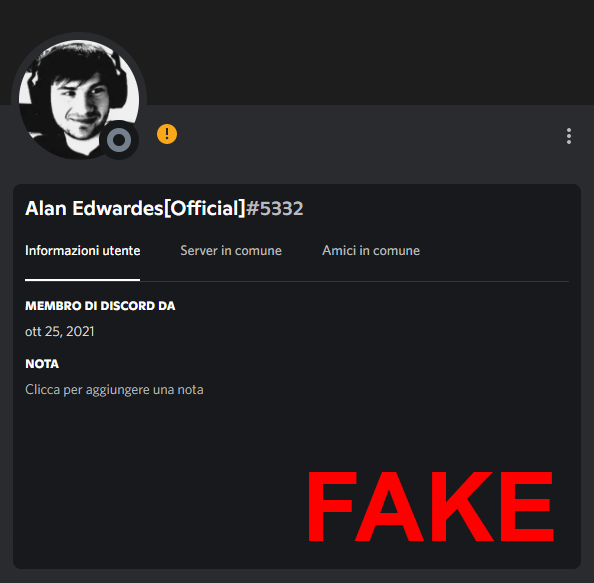 Conversations with the Scammer

An example of a Discord conversation reported to me via Twitter, where the scammer tries to obtain a 2FA code from a Steam user (tormenting scammers is good fun, but don't waste the effort - better to report them and move on with your life): 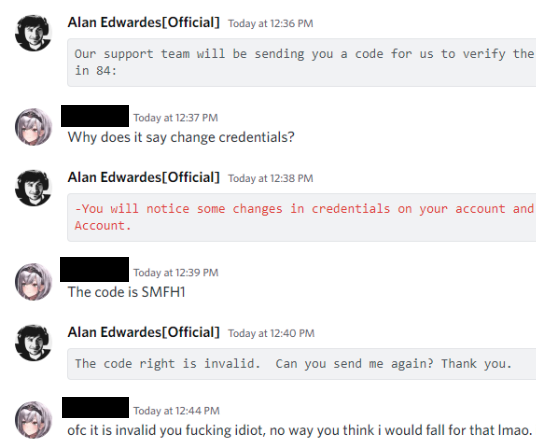 Another weird example conversation, "Are you still with me Steam user?" - and there's that "certificate" again: 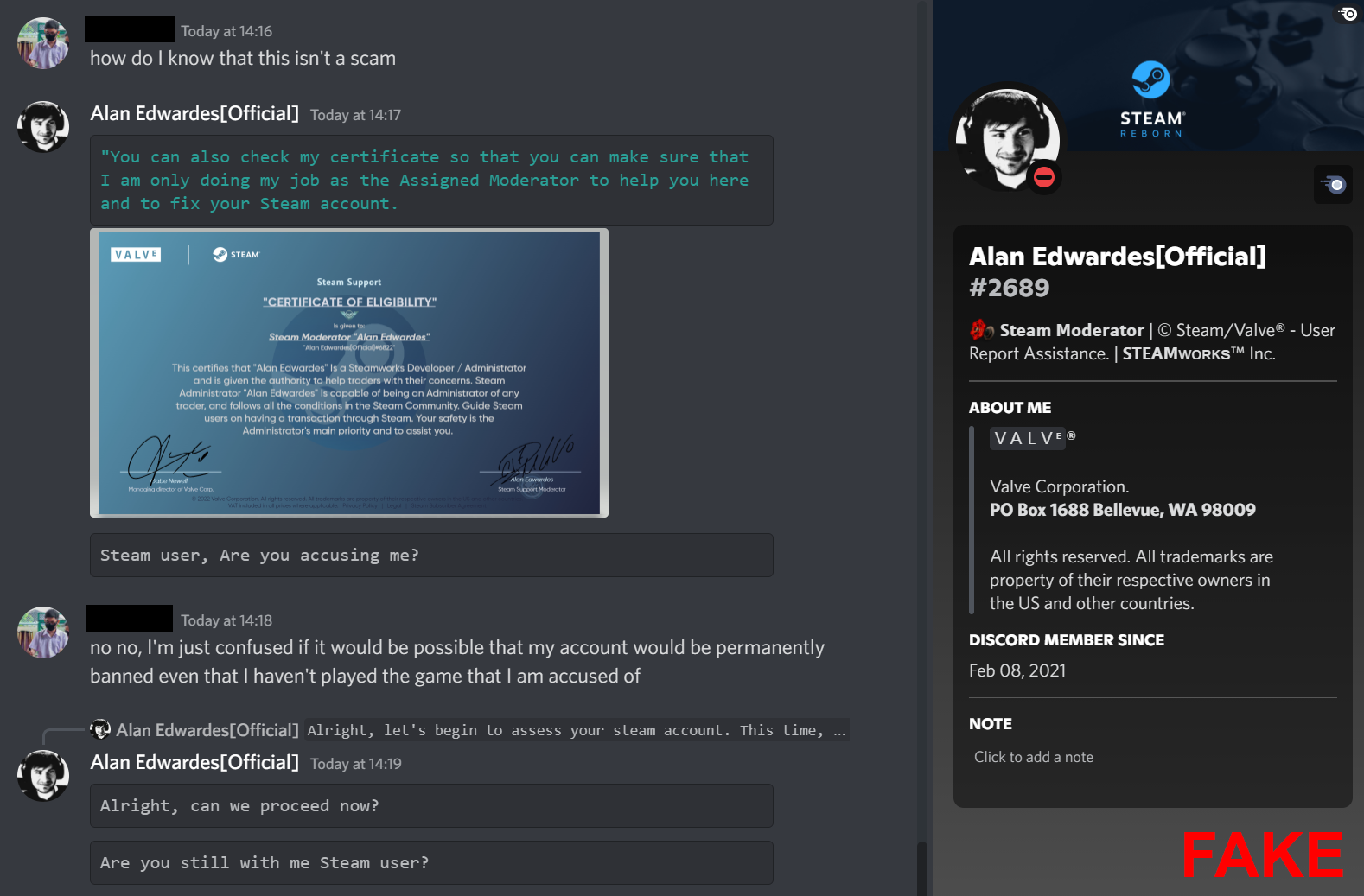